To those I should have loved more 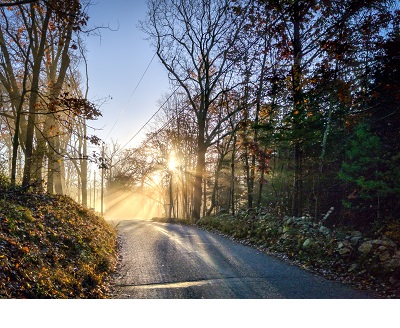 There is a sky somewhere, vast enough, blue enough,
so high, so round, so close, so bright
that it brings your should-have-been’s, could-have-been’s
and hoped-to-be’s back together,
so that the tears you cry are ones of joy,
and the clouds that go by, go swiftly—
high and tight to the warming sun.
And as those clouds fade and float away
they can take with them all that you let slip,
rightly or wrongly, wisely or churlishly,
so that there and then, on that spot,
with that sky singing above you,
you will forge, my lovers, forgiveness;
and it will wash over you
and it will cleanse you
and you will be a fire
to everyone around you.
And you will not hurt,
at least not then, maybe never.
We’ll see.

Thank you for reading To those I should have loved more. I humbly appreciate your visiting the Book of Pain, and as always, I look forward to your comments.

The photograph was taken on my way to work one morning. To see my photography blog, please visit the Book of Bokeh.

Photograph, poem and notes © John Etheridge; all rights reserved. The poem and accompanying notes are licensed under the Creative Commons Attribution-Noncommercial-No Derivative Works 3.0 Unported License. This applies to all original written work found on this site, unless noted otherwise. The attribution claimed under the license is: © John Etheridge,  https://bookofpain.wordpress.com. The photograph is not licensed for use in any way without the expressed consent of its creator.

It was, I recall, spacious and modern,
open and elegant, and so very, very uncluttered.
My friend Dave lived there and I stayed over some nights,
pauper to the manor come, I as alien to it as it was to me—
so young, the wonder of it, I didn’t even know to yearn for it.

To be honest, I had forgotten it
and now I see they’re going to tear it down—
that is, after all, the lesson of that town:
life found and lost in the same grand way.
Most heartaches are like that,
especially the ones you push behind,
until they catch you—
and then you can’t help yourself,
lesson-learned or not
or whether you are still that innocent.

I was born, bred and buttered (as they say) in Grand Falls, Newfoundland, Canada. It was, when I was young, a mill town, the main industry being a once world-class pulp-and-paper mill that produced newsprint for some of the world’s most prestigious newspapers. My father worked there most of his life, and I for a short time too, off-and-on as a laborer and then as a student engineer. The mill operated for well over a century and was integral to the area. But it is gone now, shuttered over a decade ago and torn down since. I’ve mentioned it before, in Labour Day.

Don Parker (his wife was Doreen, a lovely lady) was mill manager in the early 70’s, and so got to live in an especially luxurious house on a local estate. I had known their son, Dave for years before even that, and essentially the story of the poem is exactly as stated. Dave stayed with y family occasionally, and I with them.

That house made me feel awkward; it was elegant on a scale and in a style beyond anything I had ever known. I was shocked by it, I suppose. Today I probably would not think twice about it, and as the poem says, until I saw the story of its eminent destruction I had forgotten all about it; the memory of how it had once made me feel came back in a rush. But that is the power of memories, I suppose. And poems.

Thank you for reading The Mill Manager’s House. I humbly appreciate your visiting the Book of Pain, and as always, I look forward to your comments.

The photograph was taken directly from the CBC article about the building being destroyed. To see my photography blog, please visit the Book of Bokeh.

Poem and notes © John Etheridge; all rights reserved. The poem and accompanying notes are licensed under the Creative Commons Attribution-Noncommercial-No Derivative Works 3.0 Unported License. This applies to all original written work found on this site, unless noted otherwise. The attribution claimed under the license is: © John Etheridge,  https://bookofpain.wordpress.com.

Comments Off on The Mill Manager’s House